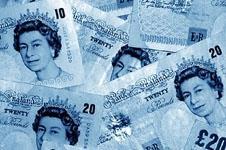 Government called on to take radical action, including possible creation of a new bank

The Liberal Democrats have urged the government to take more radical steps in encouraging banks to lend to small and medium-sized firms.

Leader Nick Clegg warned that solvent businesses could be put at risk if deprived of investment. He added that the government should lend directly to firms, either through local authorities, the Post Office, or through the creation of a completely new bank.

Clegg said that such a bank could channel money to smaller UK firms, and argued that recently nationalised banks such as Northern Rock should be doing more to help them.

Chancellor Alistair Darling announced in October that £4bn from the European Investment Bank would be made available for SMEs through high-street banks.

The Conservatives have also suggested new strategies to aid companies through the economic downturn, calling for a 1p cut in national insurance.