Elliot Group has put three schemes stalled by a police investigation into administration after losing a two-month battle to save them.

The Liverpool-based developer had been attempting to find an alternative firm to continue work on the schemes, which have a combined project value of £420m.

In December, the firm’s founder Elliot Lawless was arrested along with a senior official at Liverpool city council, believed to be regeneration chief Nick Kavanagh, as part of an ongoing fraud investigation. Neither man has been charged.

In a statement, Lawless said: “We’ve explored every option available but in light of the investigation, existing investors were cautious about backing the projects to their conclusion.”

He added: “As we enter the administration process, we’ll continue to work proactively with investors to explore how we can help them crystallise their investments and get the projects completed.”

Work stopped on the £250m Infinity and £100m Aura schemes, both in Liverpool, along with the £70m Residence scheme in Manchester, earlier this year.

Manchester builder Vermont, the main contractor on the two Liverpool schemes, had been in talks with Elliot Group and its investors for more than a month to finish Aura.

A company spokesperson said: “We believed there was a solution that would have seen the development successfully through to practical completion, however this needed the agreement and endorsement of all parties under a revised and transparent funding structure.

“Regrettably, we were unable to able to agree terms and the necessary security provisions with Elliot Group in respect of Aura and have had no alternative but to withdraw from these discussions.”

David Rubin and Paul Cooper from David Rubin & Partners based in London will be joint administrators.

The largest ongoing scheme being developed by Elliot Group is the Address, a £12.5m mixed-use residential scheme in Liverpool being built by local firm Newry Construction. 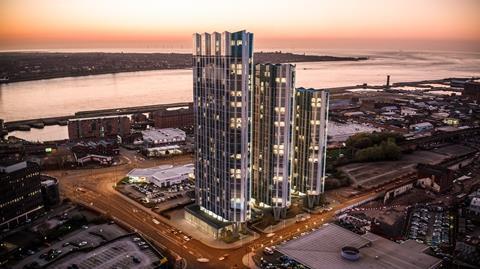