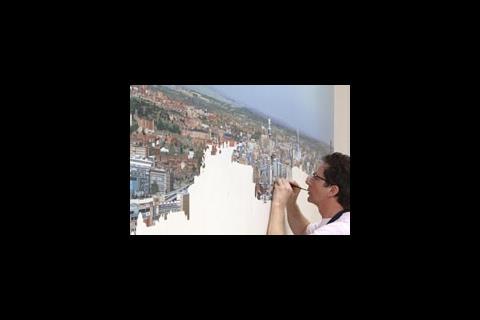 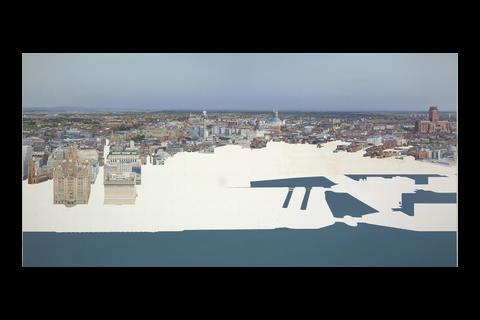 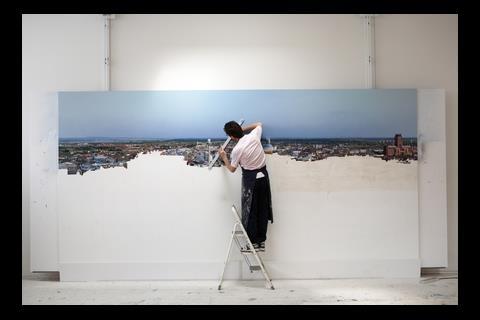 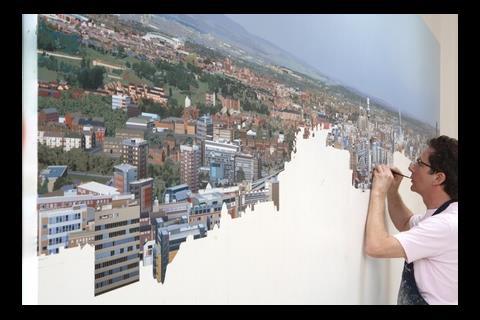 A vast painting depicting Liverpool’s cityscape has been commissioned as part of the city’s celebrations as European Capital of Culture.

The cityscape, which has taken artist Ben Johnson and his 11 assistants, three years to paint, covers 170 hectares of the city from a near bird’s-eye perspective.

The 8ft by 16ft canvas includes several thousand individual buildings from a vantage point high above the River Mersey.

Johnson took over 3000 reference photographs, consulted architects and historians and produced thousands of detailed drawings before undertaking the painting.

The right hand extreme takes in the Albert Dock up to the Anglican Cathedral and will reveal the extent of the Liverpool’s redevelopment.

The left-hand section of the picture will include Chapel Street and Tithebarn Street, reaching back to Everton.

The painting, which was commissioned by National Museums Liverpool and the Liverpool Culture Company, will be exhibited at Liverpool’s Walker Art Gallery from May alongside a selection of historic views of Liverpool.

Also on display will be Johnson’s other world cities series of paintings, including Jerusalem, Zürich Hong Kong, Chicago and Paris, which are part of an ongoing project by the artist started in 1994.