More than half of Londoners would welcome more private sector involvement in building the capital’s infrastructure, according to a new report from Aecom.

As major infrastructure schemes such as Crossrail get caught up in lengthy and costly delays, a survey for Aecom’s 2019 Future of Infrastructure report found that more than half, or 57%, of respondents wanted greater private firm involvement in schemes, while two thirds believed those in power weren’t making the right decisions concerning which projects to fund. 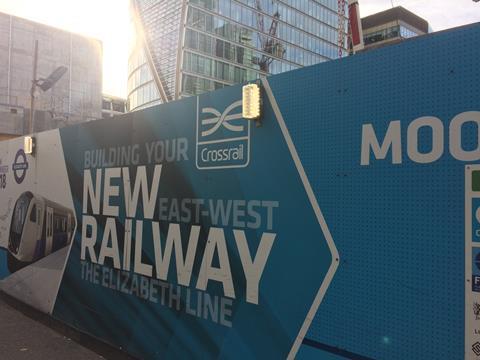 The consultant said its findings meant the government should shift major projects beyond the political cycle “and create the right business environment to attract private investment and get key schemes off the ground”.

More than half of respondents in the capital believed city officials took a short-term view of infrastructure planning and 59% said large-scale transportation projects in the capital were usually delivered late.

Issues with public transport dominated Londoners’ concerns, with nearly a quarter (23%) of those who use it as their primary means of travel struggling to get to their destination on time, despite nearly three quarter (70%) using as their main mode of transport.

“London, along with the rest of the UK, has an impressive pipeline of projects, but private finance is required to fill the funding gap and secure the delivery of much-needed schemes,” he said.

As the capital heads towards its next mayoral election Wood said the large proportion of respondents that saw too many policy shifts as a result of changes to elected officials sent a clear message around the need to take the politics out of infrastructure decision-making where possible.