Planners concerned pro-development stance has been watered down 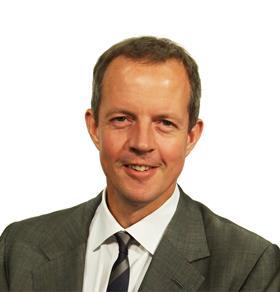 The revised suite of government planning guidance published yesterday has been given a mixed reception by planners, with concerns voiced that it includes concessions to anti-development groups.

The Town and Country Planning Association welcomed the publication but described the guidance as a “mixed bag”, while the RIBA said the section on housing design was “inadequate”.

Writing in a blog for Building, Barton Willmore senior partner Ian Tant said the guidance watered down the government’s commitment to being pro-development and “suggest they are become more concerned with votes than growth”.

Planning minister Nick Boles launched the revised guidance with a ministerial statement yesterday, alongside plans to allow shops and agricultural buildings to be changed to homes without requiring planning permission.

The suite of guidance strengthens Green Belt protections, aims to direct developers to brownfield sites, and makes it clear that councils do not have to allocate land on the basis of providing maximum returns to developers.

The publication follows the release of an initial version of this guidance for consultation in august last year, with yesterday’s publication representing the government’s final position.

The guidance includes a greater focus on design, following lobbying by architects, but the RIBA said the final version still required improvement and would need annual revisions.

RIBA head of external affairs Anna Scott-Marshall said: “Significant improvements have been made during the drafting of the guidance. There are however, still some areas where improvements will needed.

“The housing design section, for instance is inadequate and we still have concerns over the government’s approach to viability, which remains skewed towards short-term financial interests above the need for sustainable growth.”

Dr Hugh Ellis, head of policy at the TCPA, said the body was pleased to see a new section on health and planning within the guidance. “However, the TCPA had campaigned hard for further guidance on the creation of large scale new communities along garden city principles to ensure we deliver sustainable, inclusive and beautiful places.

“While the NPPF advocates garden city principles, there remains no high level guidance from government on how the principles would be delivered.”

Barton Willmore’s Tant said: “Large parts of the new guidance are identical to the beta version that was made available last August. But there are changes – some quite subtle – but others that appear to make concessions to those concerned about the pressures for development on greenfield sites.

“This is unfortunate because some of the clearer messages in the beta draft have been watered down and will become grounds for more argument, with delays or reductions in the delivery of development.”

Launching the simplified guidance, which replaces 7,000 pages of previous documents, Boles said: “The coalition government is committed to reforming the planning system to make it simpler, clearer and easier for people to use, allowing local communities to shape where development should and should not go.”