Mace has begun work on a £140m scheme to turn the former home of Cancer Research UK into a new building for the London School of Economics.

Hertfordshire contractor Getjar has begun work on the concrete frame of the building after McGee completed demolition work on the site at 44 Lincoln’s Inn Fields in Holborn.

The building will be known as The Marshall Building - after hedge fund manager Paul Marshall, who is worth an estimated £300m. Marshall gave £30m - the university’s largest private donation – back in 2015 for the creation of the Marshall Institute for Philanthropy and Social Entrepreneurship.

The scheme, designed by Irish practice Grafton, who beat a star-studded shortlist including David Chipperfield and Herzog & de Meuron, is due to finish in 2021. 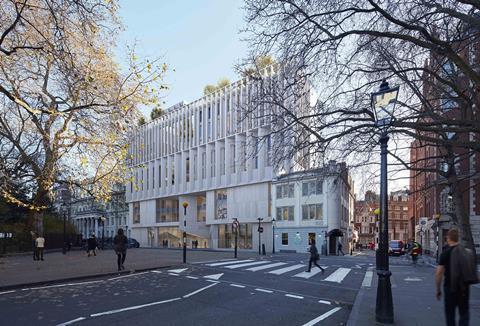