Steelwork firm Billington has said more and more main contractors have been caught out on jobs which have gone up in price because of increased materials and labour costs.

The company, which released an improved set of interim results this morning, said firms had fixed a price for work some time ago only to see it head north when the job actually started. 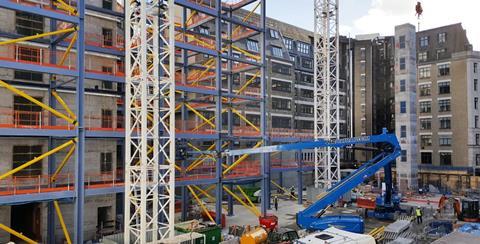 It said: “Many of the markets in which Billington operates remain constrained, with a number of the main construction contractors continuing under significant pressure as they deliver contracts that were tendered for some time ago before the current inflationary pressures have materialised.”

As a result it said it was focussing on work for bigger main contractors who were “the more robust larger contractors that can deliver an appropriate margin. We assess the risks associated with individual projects on a case-by-case basis.”

The firm said steel prices had shot up in the past 12 months as iron ore costs doubled and it admitted not all of the rises it has been able to pass on.

It said it was seeing more and more orders for retail distribution warehouses, data centres, gigafactories and food processing developments cropping up. Billington said rail infrastructure work was also on the rise while some commercial office work was coming back.

The firm, which furloughed close to half its 360 staff last year, said it had stopped claiming money from the government’s Coronavirus Job Retention Scheme at the start of the year.