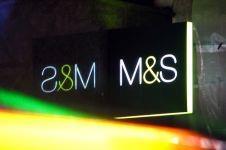 Consultants close to the firm said terms had been extended from the industry benchmark of 30 days in order to cope with the tough economic climate.

The news comes a week after Building revealed Tesco had written to parts of its supply chain demanding a 20-50% discount in fees.

An M&S spokesperson said: “We reviewed our non-merchandise products and services supplier terms last year and have updated them to make them more transparent and align them to industry best practice.”

The firm, which last week reported dismal Christmas trading results and announced the closure of 27 stores, is also preparing to make redundancies in its store design and development and property teams.

It said the proposed job cuts were linked to the scaling back of its building programme, which was announced last year. In October, the firm said capital spending would be £400m in 2009, down from £700m in 2008.