There has been a slight easing in material shortages over the past month with lead times for some products starting to settle down, the Construction Leadership Council (CLC) has said.

A levelling off in demand in the domestic repair, maintenance and improvement sector is giving the industry some breathing space, according to the group. 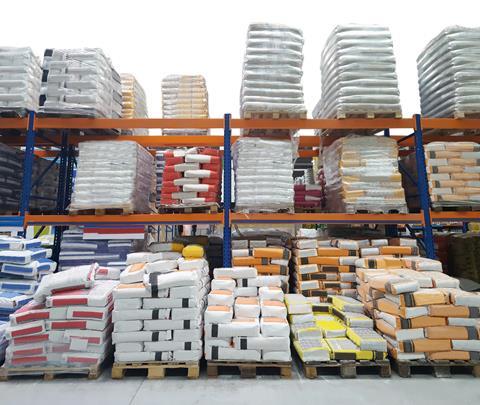 Shortages of bagged cement eased last month as new supplies were brought in from abroad, the CLC said

They said that while extended delivery times are still likely to continue until the end of the year, “we are currently in a better position than three to four months ago”.

Shortages of bulk and bagged cement, among the hardest hit products this year, saw a slight improvement in August as additional supplies have been brought in from abroad.

Particular concern remained around bricks and blocks, with some regions seeing increased delays, while lead times for concrete roof tiles are still averaging around 24 to 30 weeks.

And ongoing shortages of HGV drivers is continuing to hold back any significant improvement in material delays, with one manufacturer telling the CLC of “factories piled with product that we cannot get out”.

Constraints on global shipping capacity, which has been reduced by 25% since the start of the pandemic, is also having an impact.

The British Ports Association expects challenges to continue until at least the second quarter of 2022.

Meanwhile, skyrocketing energy prices are now posing an additional risk to the manufacturing of some products.

The doubling of the wholesale cost of gas has hit the steel industry, with reports that some UK steel plants had been forced to temporarily halt production.

The CLC said that while price increases for many products had moderated, the group warned that this could be short-lived due to the cost of raw materials and continued constraints on labour and transport.