May repeats goal of ending freedom of movement 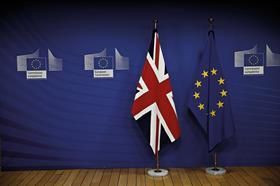 The Prime Minister has repeated her goal of ending freedom of movement for EU nationals once the UK has left the trading block next year, scotching industry hopes that it will be able to easily recruit vital staff from the region.

Speaking at the CBI’s annual conference Theresa May said that it would “no longer be the case that EU nationals, regardless of the skills or experience they have to offer, can jump the queue ahead of engineers from Sydney or software developers from Delhi” once the UK has split from Europe.

May, who last week faced a barrage of criticism from MPs over her proposed withdrawal agreement from the EU and still faces a challenge to get the deal through Parliament, told CBI delegates at the 02 in London that instead of a system based on where a person is from, “we will have one that is built around the talents and skills a person has to offer.

“Not only will this deliver on the verdict of the referendum. It should lead to greater opportunity for young people in this country to access training and skilled employment.”

The construction industry has expressed deep concern that ramping up the skills requirement of those looking to enter the UK to work will hamper efforts to recruit people into the industry.

Last week sector leaders reacted to the proposed withdrawal agreement by describing it as “disastrous”, saying the end of free movement could cause an “unprecedented skills shortage”.