Work is part of developer’s ongoing redevelopment of White City

Sir Robert McAlpine has won a £100m contract for the first parcel of work in the next phase of Stanhope’s redevelopment of White City, Building understands.

The developer has been behind a huge overhaul of the west London area in recent years including turning the former BBC Television Centre (pictured) into new offices and homes and the revamp of White City Place, where 3,000 BBC staff currently work. 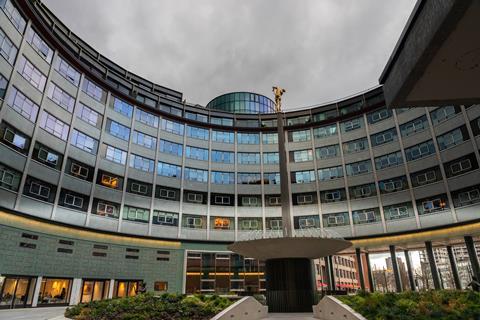 Mace completed work on the TV Centre while Lendlease has been behind the White City Place work.

But the pair have been beaten by McAlpine for the first building in a new scheme Stanhope is developing called White City Gateway.

This will be an office complex across three buildings on a plot of land next door to its West Works life sciences hub.

McAlpine is set to start carrying out the work on a construction management contract next summer with the building, designed by Allies and Morrison, due to be completed in 2022. QS on the scheme is Deloitte.

Stanhope and McAlpine worked together on the Bloomberg building in the City of London while the firm is currently on site at another Stanhope scheme near Old Street Roundabout – the Wenlock Works job to refurbish a former 1980s block on Shepherdess Walk under plans drawn up Buckley Gray Yeoman.

The win is a tonic for McAlpine which has missed out on a number of high-profile jobs in the capital recently including the redevelopment of the former Whiteleys shopping centre in west London, won by Laing O’Rourke, and the next phase of Landsec’s Nova development, called Nova East, which is heading to Mace.