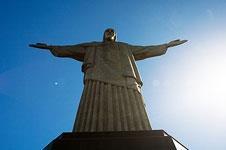 McBains Cooper has formed a joint venture with Brazilian civil engineer Concremat in order to work on the country’s PPP projects. McBains said Concremat was the second largest civil engineering company in Brazil.

Santiago Klein, managing director of McBains Cooper International, said: “McBains Cooper and Concremat will work together to support the rising number of UK and European investors involved and showing interest in construction-related projects in Brazil.”

Brazil’s PPP programme runs from 2007 until 2010, during which $231bn will be spent on social and transport infrastructure and energy-related projects.

Brazil’s winning of the 2016 Olympics, combined with hosting the 2014 World Cup, will boost the country’s construction market further. The International Monetary Fund has forecast that the country’s GDP will grow 2.5% in 2010, but it is estimated that up to £30bn will be spent on infrastructure for the two events, including £1.5bn on constructing and modernising 12 stadiums, £1.4bn on expanding and modernising airports across the country and up to £10bn on improving and expanding urban transport systems in the 12 host cities.