Scheme in Croydon due to complete in 2020 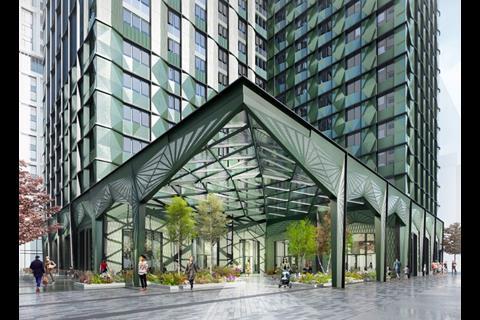 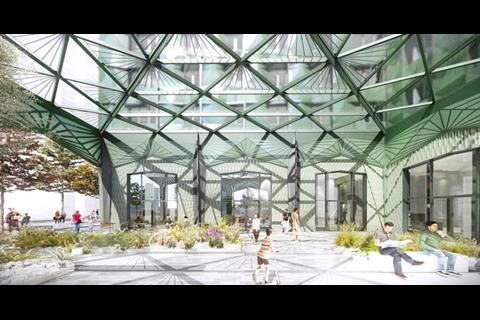 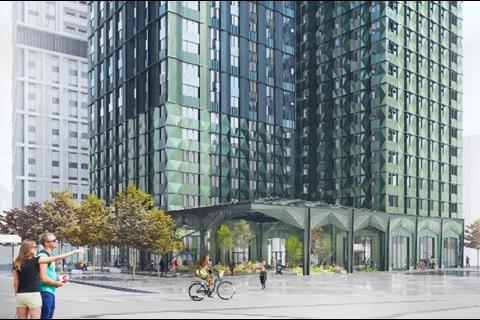 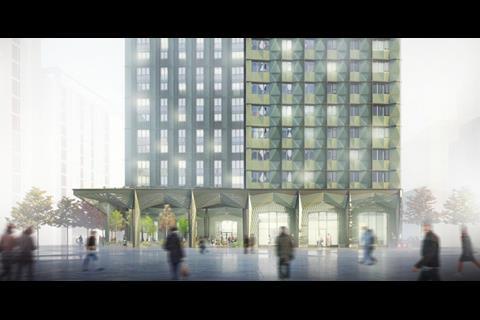 The bank providing senior debt to the Croydon project, which is being developed by Greystar, has chosen McBains to carry out due diligence and monitoring at the site which is opposite Croydon railway station.

Designed by HTA, the firm of RIBA president Ben Derbyshire, the development at 101 George Street (pictured above), is a build to rent scheme which will be made up of two towers of 37 and 44 stories, housing 546 apartments.

Tide Construction and its associate company, Vision Modular Systems, will construct the modules for the buildings at a factory in Bedford.

This method will produce 80% less waste and mean that fewer workers are needed on-site with Greystar saying it will provide greater certainty on costs and time.

Greystar and Tide have partnered on several London schemes to date, including student accommodation at White City and Highbury where McBains, which has announced a rejig of its management, was also involved.

The first residents are due to move into the towers in the early part of 2020.