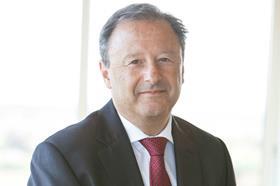 Last December communities secretary Sajid Javid outlined measures to crack down on what he called “feudal practices” within the leasehold system in England, including a ban on leaseholds for almost all new build houses, following a series of scandals which saw ground rents charged to leaseholders rocket.

Bournemouth-based McCarthy & Stone said there was a “strong case for a very specific exemption” for the retirement housebuilding sector “due to its unique viability model and the need to fund the construction of the shared areas, and we are seeking swift clarification on this matter.

“Until this is received, we continue our planning to mitigate the potential impact on the business, including maintaining discipline around our cash position and adopting a more measured approach to securing land.”

Trading had been hit by what the group called “ongoing subdued conditions in the secondary market and the lower number of new first occupations”, while the dive in profits was put down to a lower level of completions, rising costs and increased use of part-exchange deals.

Clive Fenton (pictured), McCarthy & Stone’s chief executive, said while he recognised the government’s goal of supporting first-time house buyers with Help To Buy, the UK remained “woefully unprepared” when it came to housing what was fast becoming “a rapidly ageing population.

“We are calling for a joined-up policy approach across all government departments to encourage the delivery of better housing options for older people,” he added.