McLaren is understood to have won a three-horse race to turn the former flagship of Top Shop on London’s Oxford Street into a new Ikea store.

Building understands the company has beaten ISG and Sir Robert McAlpine to the job at 214 Oxford Street. The value of the deal is worth around £50m.

Last autumn, Ikea paid £378m for the plot with the store set to sell accessories and some furniture when it opens next year. It will also include planning studios for spaces such as kitchens and wardrobes. 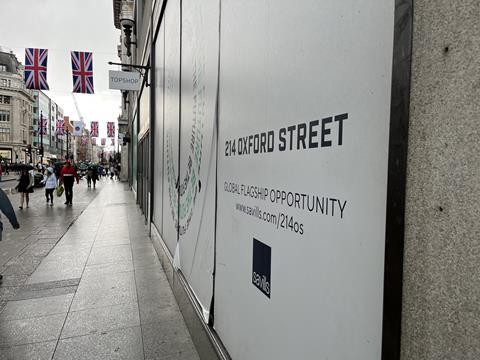 Top Shop and Top Man owner Arcadia collapsed into administration towards the end of 2020 leaving the firm’s flagship store opposite Oxford Circus tube boarded up.

Ikea’s property arm Ingka Investments snapped up the site last October and said it will have click-and-collect as well as click-and-deliver functions.

The Swedish firm is experimenting with smaller stores and at the opening of its Hammersmith outlet, Peter Jelkeby, Ikea’s UK and Ireland country retail manager, said: “Londoner’s will be able to take the tube to an Ikea store, pop in, grab a yellow bag and buy [our] home furnishing accessories.” 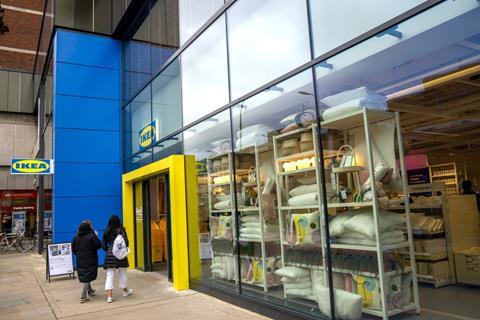 The Ikea win is McLaren’s second on one of London’s most famous streets which has been left with gaps following the demise of several big retailers.

Earlier this year, McLaren beat McAlpine to an £100m job to turn the former House of Fraser flagship at 318 Oxford Street into a mixed-use scheme.

Last week, Building revealed that Lendlease had won a £200m contract to turn the former Debenhams flagship at 334 Oxford Street into a mixed-use scheme. Work on this deal is set to begin next January.