Michelmersh bricks up its defences

Brick maker ready to get back to production once shutdown ends

Brick maker Michelmersh said it expects to weather the effects of the coronavirus epidemic, days after announcing it was suspending production and deliveries for three weeks.

The firm said it had responded to the government’s lockdown by stress-testing the likely impacts of a hit on cashflows and having talks with its bank, HSBC, which had waived its covenant. 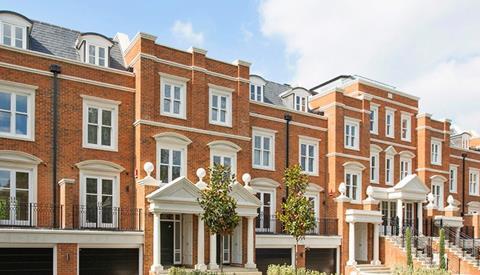 None of the group’s 370 staff were currently on the government-backed salary furlough scheme and job losses were not anticipated, according to joint chief executive Frank Hanna.

“We want staff to be motivated and ready to start work again at the drop of a hat,” Hanna told Building.

Hanna said the firm, which makes 120 million bricks a year, was confident it could make up any shortfall in business with flexible working and overtime.

“We’ve run various scenarios and our worst case is that the halt to production goes on for longer than the current three week-shutdown.

“But we’ve enough cash to keep the business going and we’ll be in a position to re-start operations as soon as possible,” he said.

The firm expects to lose around seven million bricks’ worth of production, roughly 6%, during the enforced closure.

Hanna said the business had seen a good start to 2020 and was hoping to return to normal operations after the three-week shutdown but it would do so only in line with government advice and keeping its staff and customers safe.

Announcing record annual results for the year to 31 December 2019, Michelmersh saw operating profit rise 56% to £11.1m on turnover of £56m, up 15%. Pre-tax profit came in at £10.4m, up 63%. The firm added that it was suspending its final dividend payment to shareholders.