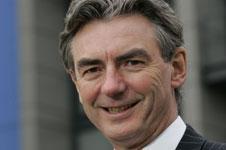 Keith Miller, chief executive of housebuilder and contractor Miller Group, has said the firm will be “at the front of the queue” for any land assets offloaded by HBOS.

Speaking after the firm’s 2009 results, Miller (pictured) declined to reveal whether the firm was in talks with the bank, but said its strong relationship would stand it in good stead should any of its land assets come to market.

He said: “It’s still very early days for the bank in deciding what it will do but we have a great relationship and we are delivering ahead of what we told them we would.”

During the boom years HBOS invested in a string of housebuilders including Miller, in which it has a 20% stake, Crest Nicholson and Gladedale. As the bank seeks to reduce its exposure to the property market, it is understood that most major housebuilders have jockeyed for position to snap up its assets.

Miller forms part of the HBOS integrated finance portfolio, which the bank is trying to sell. Sources confirmed to Building this week that Coller Capital was in pole position to buy the portfolio, which also includes stakes in social housing firms Apollo and Keepmoat.

Miller didn’t expect much change if the deal went through, but added it was too early to say what the business would do because there were “any number of outcomes possible”.

Turnover at the privately owned firm fell from £1bn to £783m and it made a pre-tax loss of £72.4m after writedowns of £27.5m that mostly related to commercial property in Eastern Europe.

Miller said the company’s operating margin of 3.8% in its construction division, where turnover fell 34% to £409m, was one of the highest in the industry as a result of its refusal to win work at any cost. He said: “There is no future in buying work.”

and you will see a lot of smaller firms and some of the larger ones suffer later this year when they reveal their results.”