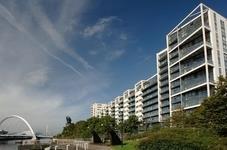 Miller Group has revealed it already has £108m of house sales lined up for 2010, double the advance sales it had ahead of 2009.

The Edinburgh-based firm released an interim trading statement that showed the forward sales were £108m compared with £53m in 2009.

It also announced plans to develop 10 sites in 2010, compared with seven developed in 2009. Miller described the situation as “encouraging”.

Its construction arm was also optimistic. The report claimed that the firm had maintained “good margins” as it struck a balance between private and public sector work, focusing on partnering and framework agreements.

The report continued: “We anticipate the market will continue to be uncertain with mortgage shortages and the potential impact of increasing unemployment. We have, however, performed well in a turbulent economic environment and the early actions we took to rationalise our cost base have proved timely.”