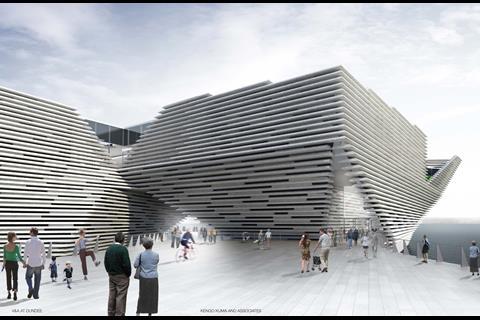 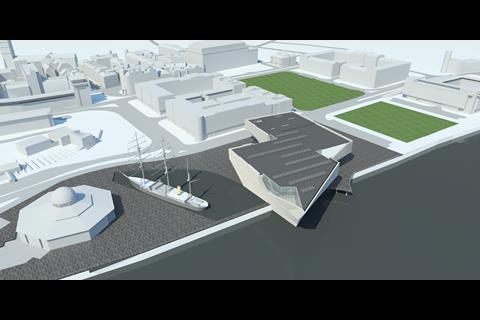 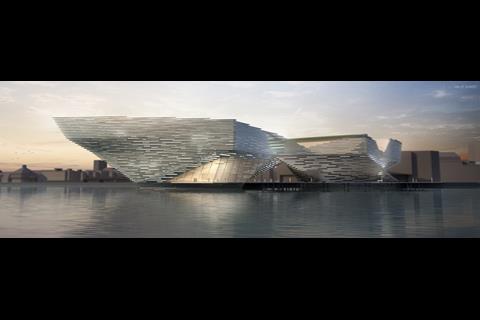 Scottish ministers were warned the V&A’s Dundee Design Museum would not be deliverable for its original £45m budget six months before contractor Bam was picked for the job, it has emerged.

Last month Dundee City Council and its project partners revealed the cost of delivering Kengo Kuma’s design for the museum had almost doubled to £80.1m since it triumphed in a 2010 design competition.

In response to questions from Labour MSP Claire Baker, Scotland’s culture secretary Fiona Hyslop has confirmed Dundee City Council gave advance warning of the cost spike ahead and that the Scottish government was informed the £45m budget would not be hit as early as April 2014 - six months before Bam was selected contractor for the job.

Hyslop said the local authority, which is part of the partnership developing the museum, had kept the Scottish government informed on the project’s development “within the bounds of commercial confidentiality” throughout contract negotiations.

Hyslop said: “As part of this, in April 2014, the council informed the Scottish government that the initial estimate of the price would not be met and that there was a potential impact on the site mobilisation planned for August 2014,” she said.

“The contract price of £80.11 million published by Dundee City Council on 16 January 2015 was shared with the Scottish Government on 18 December 2014.”

Bam was selected as the project’s preferred construction partner in September last year after a two-horse race with Sir Robert McAlpine. Two other contenders dropped out of the race earlier.

Baker is calling on Scottish ministers to launch an inquiry into the problems with the museum project, and has been joined in the bid by Scottish secretary in Westminster Alistair Carmichael.

The Liberal Democrat MP this week urged First Minister Nicola Sturgeon to probe the reasons why the cost rises were not made public earlier.

“Heads should be rolling,” he told a local newspaper.

“If I were in Nicola Sturgeon’s position, I would want to know why that was the case because that’s the sort of game playing which really does damage public confidence.”

Dundee City Council has commissioned businessman and chair of Skills Development Scotland John McClelland to lead an inquiry into the cost overruns.

As Building reported last month, initial findings from the council blamed a lack of interest from contractors, “unprecedented levels” of construction inflation and the museum’s “complex design” for the cost overrun.