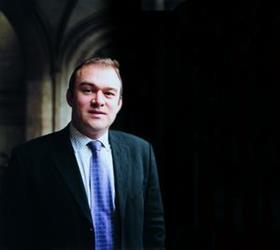 The government is already in negotiations with EDF Energy about how it can fast-track the energy firm’s investment in a new nuclear power plant at Hinkley Point ahead of the introduction of the government’s electricity market reforms.

Today the government published its draft Energy Bill, which sets out how it will offer guaranteed prices for electricity from new plants under a system known as “contracts for difference”. The proposals are considered crucial to bringing forward a new wave of energy infrastructure investment, particularly nuclear new build, as they give certainty to investors.

The government also said it would also put in place an interim measure of “investment instruments”, which mirror the contracts for difference, to ensure that projects are able to be given the green light ahead of the introduction of the full proposals in 2014.

Energy secretary Ed Davey confirmed the government has already started negotiations with EDF Energy, which is set to make its final investment decision on whether to press ahead with plans to build two new nuclear reactors at Hinkley in Somerset before the end of the year, over how they can ensure the French firm’s investment is forthcoming.

Davey said: “They have only just started but we are clear that the [Energy] Bill is about signalling to all investors that you have a stable long term framework to make your investment.”

“We wanted to make sure there was no investment hiatus. Part of the key role of this bill is that it’s a key growth measure.”

However, the proposals contain no figures on the “strike price” – the price that energy firms can expect to be paid for each unit of electricity  - that electricity suppliers could expect and those figures will only be published for consultation next spring before being fixed late next year.

David Nickols, global managing director of renewable energy consultancy WSP Future Energy, said: “Unfortunately, there is nothing of sufficient substance in today’s announcement that will allow those investment decisions that are currently on hold to be signed off.”

“Developers have already had a long period of uncertainty and this is set to continue,” he added.

Alastair Smith, chair of the Institution of Mechanical Engineers’ power division, said the investment instruments were welcome but added: “We were hopeful that [by now] we would get much more concrete information. It would be good if they had been much more advanced so we could start building things.”