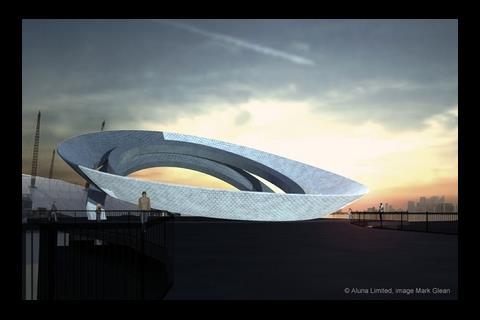 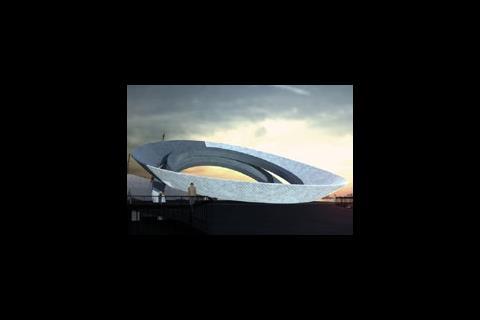 A “moon clock” powered by tides and set for construction near the Olympic Park has got funding for the next stage of development.

The Aluna moon clock will be made of three giant concrete rings and powered by Thames tides using turbines.

The light on the rings will show the phase and position of the moon and the height of the tides. This interaction of light will be called “Alunatime” and will move around the structure in a clockwise direction. It could also help predict flooding.

The sculpture is set to be located on the East India Dock basin and could generate enough power to light nearby homes.

It will be made from recycled glass and steel and will be 13m high by 40m wide.

Work will be part funded by a £85,000 contribution from the London Thames Gateway Development Corporation (LTGDC), the Mayor of London's office and Sir Robert McAlpine Ltd, in partnership with the Renewable Energy Systems Group.

The funding will allow the team to refine the design and investigate the proposed site next to East India dock, which is south of the Olympic park.

Nicky Gavron, London's deputy mayor, said: "Aluna is an innovative and imaginative project to build the world's first tidal powered moon clock in London. It would provide a unique landmark in the Thames Gateway, creating a focal point for the community and a new visitor attraction. We must make sure this excellent plan becomes a reality."

The team is now looking for developers and financiers to fund the next stages of the project.