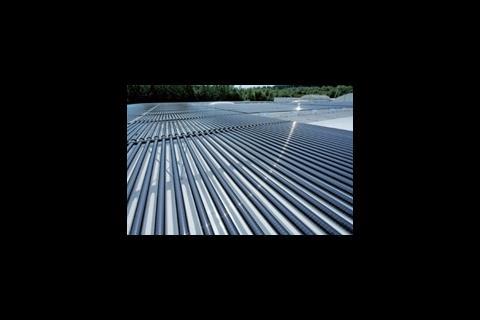 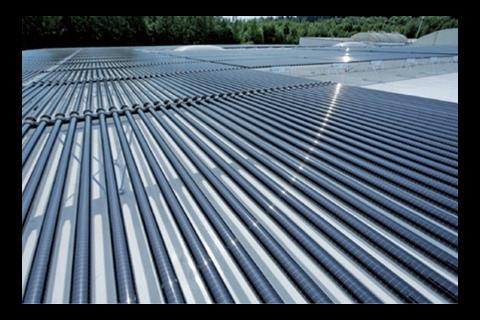 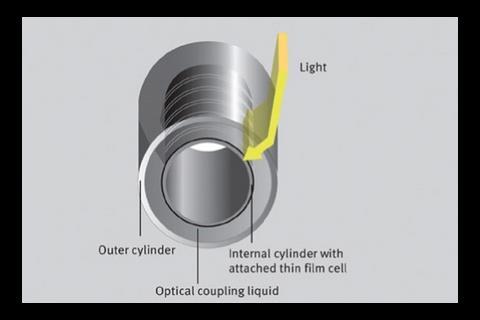 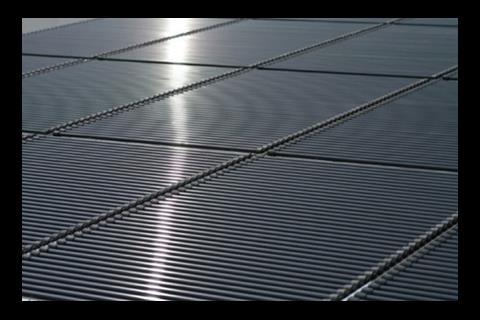 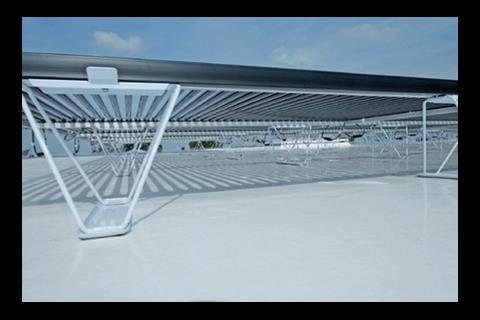 A new photovoltaic system which is claimed to produce 20% more electricity that other systems is being introduced into the UK.

The Solyndra has been developed for flat and low slope roofs but unlike traditional flat panels it comprises a series of tubes around which the photovoltaics are wrapped.

The grids of lightweight parallel tubes rest on the roof and don't require any surface penetrations. They are claimed to be able to withstand wind speeds in excess of force 12 without any anchorage by virtue of the fact that the wind simply channels between the gaps between the tubes.

The system uses copper indium gallium selenide, which was specified for its high degree of conversion efficiency. This combined with the natural circulation of air through the tubes lowers operating temperatures to help with the higher claimed energy yield and improved reliability.

The modules with base legs and connectors have a static load of 16kg/m² making them suitable for mounting on industrial and commercial buildings.