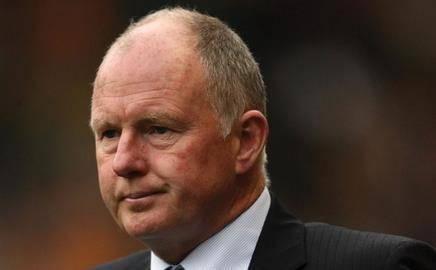 Steve Morgan’s latest shake-up at Redrow Homes will install John Tutte, the chairman for the east of England, as group managing director

Colin Lewis, the chairman for the west of England, is to leave after 18 years, writes Michael Glackin.

Morgan (above) returned to take over the firm he founded in March. Since then chairman Alan Bowkett has left, along with chief executive Neil Fitzsimmons.

One analyst said: “Steve’s spent some time looking at who’s who and has decided Tutte is the person best equipped to take the company in the direction he wants. He has a good pedigree in all aspects of housebuilding.”

Another added: “Morgan likes Tutte and maybe Lewis didn’t agree with the direction Morgan wants to take the firm in.”

Last week Redrow announced a pre-tax loss of £140.8m after writedowns of £319m. Morgan, who owns just under 30% of the company, blamed the loss in part on management decisions made during his absence. He said: “When I left in November 2000 we were very much in the family marketplace. But the management then took the company to a different sector where I don’t feel particularly comfortable. I’m steering the ship back to its old direction.”

Morgan is shifting Redrow’s focus away from apartments and back towards family homes and its “heritage” brand.

Tutte, who has been with Redrow for seven years, was chief executive of Wilcon Homes. He resigned after a profit warning in 2001.

In a statement to the stock exchange Redrow said: “As part of a management restructuring Tutte will assume responsibility for each of the operating companies of the group. As a result of this, the two positions of regional chairman for the eastern and western regions will no longer apply and as such Colin Lewis will be stepping down from the board and leaving the group.”