Mothballed Bishopsgate project back on the starting blocks

PLP has denied it was axed from the controversial Bishopsgate Goodsyard scheme on Shoreditch’s City fringe, saying it walked away because of opposition from the local authority.

The controversial 46-storey towers it designed have been dropped from the new scheme, it emerged yesterday, and the architect confirmed it is no longer involved in the £900m project.

But a spokesman for PLP insisted this was the practice’s own decision.

The client, a joint venture between Ballymore and Hammerson, has now instructed FaulknerBrowns, one of the other architects on the mothballed project, to come up with fresh ideas for the complex 4.4ha site. This spells the end of the masterplan conceived by Farrells in 2013.

The surviving design team includes Buckley Gray Yeoman which is working on the commercial buildings, as well as Chris Dyson and Spacehub.

In a statement, PLP said: “We were commissioned to design three residential buildings in a masterplan by Terry Farrell. We left the project nearly two years ago, by mutual agreement, when it was clear to us that the commercial aspirations for the development ran counter to the vision of the local authority. We have not worked on the project since then.

“We very much hope any future scheme for the Goodsyard pays close attention to the views and aspirations of the local community and acknowledges the unique character of the surrounding area. It is a terrific site and deserves a great project.”

As well as axing PLP’s towers it has slashed the number of flats from 1,300 to around 350. This will reduce the amount of “affordable” housing it is required to provide. One of the criticisms of the previous scheme was that so few of the flats were affordable.

The developer refused to comment on what had triggered such a significant shift in the balance of resi to commercial, or what the ratio of uses would be in the new scheme.

It has been trying to develop the site since 2005. It initially hired Foster & Partners and Allies & Morrison to design three towers, later replacing them with Farrells, PLP and FaulknerBrowns. 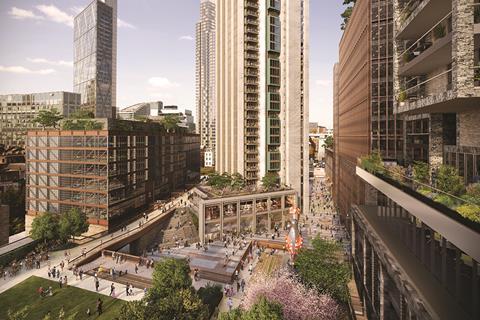 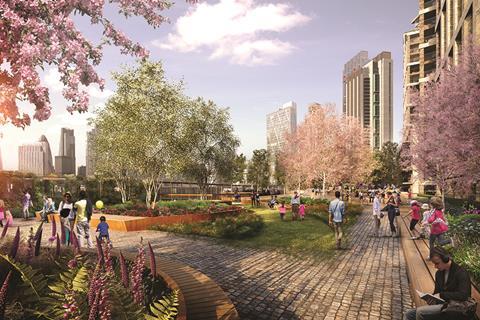 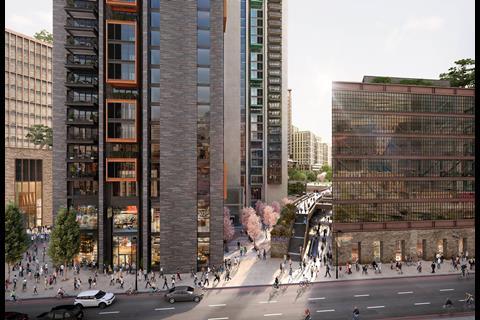 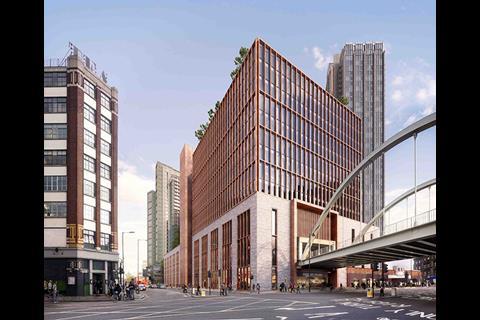 The scale of the latest scheme led to it being called in by Boris Johnson in 2015 when he was mayor of London. His advisers recommended refusing the scheme because it would have had “unacceptable and avoidable significant negative impacts”. Both Hackney and Tower Hamlets then said they would have rejected the scheme had the decision remained in their hands.

Jeremy Corbyn stepped in to warn it would trigger “immoral and wrong” social expulsion and make Hackney look like Manhattan.

When Sadiq Khan then appointed a key opponent, Hackney’s mayor Jules Pipe, as his planning chief in July 2016, the developer announced it was going to subject the scheme to a year-long redesign.

It was the second time protestors had forced the developer back to the drawing board, after a previous rethink in 2015.

In its half-year accounts published in July 2016, Ballymore said the earliest work could start on site was 2017. Now, nearly three-quarters of the way through 2018, it is gearing up for a fresh attempt at developing the site which straddles seven rail lines, a Tube line and a BT service tunnel and includes a listed viaduct.

FaulknerBrowns partner Paul Rigby said: “We are extremely pleased to be working with Hammerson, Ballymore and the teams at the GLA to explore a number of exciting options for the Bishopsgate Goodsyard site.

“Through our creative collaboration with BuckleyGrayYeoman, Chris Dyson and Spacehub we look forward to delivering a destination of great value to Shoreditch and the surrounding areas.”

The developer said: “We continue to have constructive conversations with the teams at the GLA and will be continuing our consultation with the local community over the coming months.”