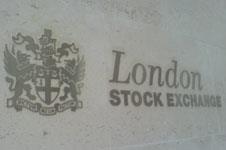 After putting its 260p bid for the consultant on ice, VT Group ups the offer to 294p per share

Following mounting speculation of a takeover, Mouchel Group has confirmed that it has received an increased offer from VT Group.

Last month Building revealed that VT was waiting for Mouchel to show signs of financial weakness in order to strengthen its bargaining position.

Mouchel rebuffed an offer of 260p per share before Christmas and in January VT reportedly put its bid on ice until there was greater clarity surrounding Mouchel’s debt position.

However, on Friday VT upped its offer to 294p per share. This is based on a closing share price for VT of 508.0p.

According to a trading update released last week, Mouchel’s order book stood at £2bn at the half year, compared with £1.9bn on 31 July 2009 and follows two contract wins worth £405m for the group.

Mouchel said its board is considering the terms of the proposal and is consulting with the company's principal shareholders.