Select committee says not enough providers are up to scratch 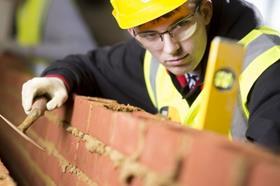 Too many apprentices are not getting the high-quality training they deserve and too many people, particularly the disadvantaged, are not being given the support they need to pursue an apprenticeship, according to a report published by the House of Common’s education committee.

MPs said while they recognised the good work being done by many further education colleges and independent training providers, there is a clear need for oversight of apprenticeship training and assessment and a tougher approach to poor quality training.

Amid a tripling in the number of approved providers, the report recommends an expanded role for Ofsted inspections and a cap on the amount of training that new providers can offer until they have proved their provision is of sufficient quality.

Tory MP Robert Halfon, chair of the education committee, said: “There has been an explosion in the number of training providers in recent years but neither employers nor apprentices can have genuine confidence that quality training is being provided by these new entrants.

“It’s time for a cap on the amount of training which new providers can offer until they prove they are up to scratch. It’s time to get tough on sub-contractors, who too often seem to be delivering training which doesn’t deliver for the apprentice or the taxpayer.”

The committe has also called for greater efforts to recruit apprentices from  disadvantaged backgrounds, with the report recommending a range of measures, including the creation of more bursaries, increases to the apprenticeship minimum wage, and increased incentives for SMEs to do this.