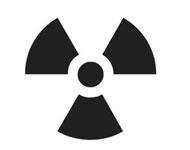 The government has admitted to costly failures at its controversial nuclear recycling plant at Sellafield, giving ammunition to campaigners against nuclear new build, according to an article in The Independent.

The £600m facility, known as the Mox plant was meant to make a profit or more than £200m in its lifetime by selling 120 tonnes of recycled fuel a year.

But it has emerged the plant has produced just 6.3 tonnes of fuel since opening eight years ago and is costing the taxpayer £90m annually.

Opponents to nuclear power are using the example to criticise the government’s plans to build a new wave of nuclear plants in the UK.

“Building a new generation of nuclear power stations is throwing billions of pounds of good money after bad. They are never built on time or on budget and they will not solve the UK’s energy needs.”

The Nuclear Decommissioning Authority has admitted that the future of the Mox plant is under review. Opposition MPs are calling for its immediate closure and a public inquiry into the process that gave it the green light in the first place.