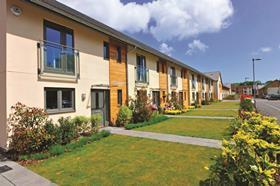 MPs have slammed the government’s plans to axe the code for sustainable homes as a part of efforts to cut red tape in the house building industry.

The proposal to scrap the Code for Sustainable Homes formed part of the government’s Housing Standards Review, which proposes using building regulations or national standards as the driver for improvement in homes’ green credentials.

A report by the Environmental Audit Committee, published today, found that scrapping the Code for Sustainable homes would “radically curtail” local choice and introduce a “lowest-common-denominator” set of national standards.

It added that the government had “failed to back green growth and green innovation” with its plans.

The finding chimes with Building’s own Green for Growth campaign, which has been pressing the government to implement greener policies all year.

The report also said the latest research on the decreasing cost of renewable energy had not been considered.

She said:  “Hundreds of thousands of homes have to be built in the coming decades. Smart energy and water saving measures – which will ultimately save homeowners money on their bills – must become the norm if we want our homes to be fit for the future.”

Jo Wheeler, senior policy advisor at the UK Green Building Council, said the Code had “transformed the industry’s attitude to sustainability” and “set a clear direction for future standards”.

“With the demise of the Code and big omissions in the Housing Standards Review consultation around issues like materials, we risk losing a momentum that has transformed the way homes have been built over the last seven years.”

But John Slaughter, director of external affairs at the Home Builders Federation, said the committee had not “probed the issue enough” and the Code had “had its day”.

“They are assuming the Code is an incredibly efficient way of moving standards forward and that’s not necessarily the case at all. There are lots of different ways that it is applied across the country,” he said.

He added: “There exists however an array of additional standards that councils can apply, or not, on their patch creating a bureaucratic mish mash of rules that housebuilders face across the country.

“We are consulting on how best to end this confusion and create a simple and effective set of standards that councils and housebuilders can understand and that support new homebuilding without compromising safety orsustainability standards.”