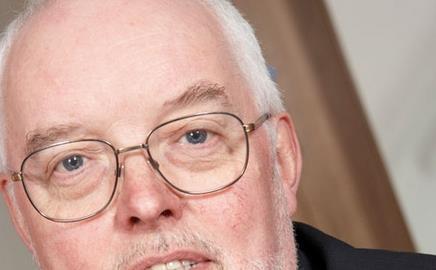 The Seddon Group may be more than 100 years old but its approach to the construction process is definitely 21st century.

The contractor and housebuilder recently launched a recycling plant in Liverpool which, at full capacity, will be able to take in excess of 37,000 tonnes of waste per year.

The plant is called “Circle”, which stands for Construction Industry Recycling Centre for the Local Environment, and it is supported by two local housing groups, Riverside and PLUS. It works by hand-sorting rubble then moving it around by machine. The manual sifting makes the process extremely efficient. The RICS estimates that only 10% of construction waste is not recyclable, and Circle recycles between 88% and 90%.

Rod Sellers, Seddon’s chairman, talks keenly about his “little project”, and he emphasises that recycling is not a more expensive option for the industry. In fact, it is a moneyspinner: “We take waste to the skip at the same price it costs to take it to landfill. We pay less landfill tax because we take less there and as landfill costs increase, the benefits increase.”

The success of the plant means the group is looking at opening a second one in Manchester, Staffordshire or Birmingham. But this is not the only change the contractor has made in adapting to the contemporary construction industry.

In the past, the company businesses pitched separately for jobs. This situation has now changed. Sellers says: “We used to run the businesses separately but as we deal a lot with registered social landlords and local councils, we now approach things as a joint effort.”

The addition of Sellers to the board last year was also a break with the past as he is the first non-family member to become chair of Seddon since its birth in 1897. “They recognised the need for external people, but it’s still a family company,” says Sellers.

The firm, which was set up by George and John Seddon, is now run by their great and great-great grandchildren. It has a staff of more than 1500, divided into 13 subsidiaries covering construction, housing, maintenance, plant and regeneration.

We aren’t keen on PFI because of the time, costs and uncertain outcome rod sellers, the seddon group

Recycling may be its newest venture but Seddon’s core activities remain construction and maintenance.

Industrial and commercial construction account for about 40% of its £220m turnover, and maintenance makes up the rest. Forty per cent of this is split between hospitals and building maintenance and 20% is taken up with residential and servicing companies.

Like the rest of the industry, Seddon has an increasing amount of public sector contracts, but Sellers tries to avoid schemes that use PFI.

“We aren’t particularly keen on PFI because of the time and costs involved for an uncertain outcome. We prefer to be in partnership with our clients.”

What Seddon has benefited from is the increase in framework agreements, especially with local councils.

And with regeneration now such a big part of housebuilding, Seddon has created a division dedicated to identifying sites for mixed-use developments and liaising with local authorities.

For Sellers, Seddon’s ability to react to changes in the market is vital to the success of the business, and underpins its strategy. He says: “The construction market is constantly changing, people are looking at plans more holistically and we’re changing our business to meet those needs.”

If you are a small or medium-sized business and you would like advice on tax or accounting click here and submit a question to our experts.