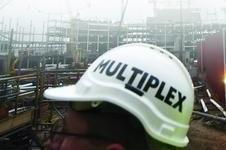 Multiplex’ UK division registered a 40% drop in revenue last year, after it pulled out of the White City shopping centre scheme in west London. Turnover fell from £398.4m to £240.6m for the year ending 30 June 2007.

However, compared with the same period last year pre-tax losses were cut from £18.3m to £3.1m, after Wembley stadium was delivered on 9 March last year.

The long awaited stadium provided more good news for the Australian firm last month with a partial victory at the Court of Appeal over the cost of temporary roof works.

The director commented on the year’s results: “The year to 30 June 2007 was important for de-risking and financially stabilising the business and its existing workbook.

“The de-risking strategy precipitated an agreement in August 2006 for the Westfield group to assume responsibility for the remaining design and construction works for the White City retail shopping centre project.”

Last year the High Court ruled that Cleveland Bridge should not be held liable for the cost of temporary roof works. These were carried out by replacement steel contractor Hollandia after Cleveland Bridge walked off the scheme in 2004.

The original ruling by Mr Justice Jackson reduced the size of Multiplex’s damages claim by about £15m.

On 20 December Lord Justice May overturned part of that ruling, stating that Cleveland Bridge is liable for the cost of the design of the temporary works although not the fabrication.

Now Multiplex is entitled to claim about £5m for the design of the temporary roof works.

This figure is expected to be an important part of the developer’s overall £25m damages claim, which will be heard in the spring this year at the High Court.

Under Cleveland’s subcontract its damages liability is capped at £6m.

Cleveland is also facing a claim of up to £13m from Multiplex over the revaluation of its work on Wembley.