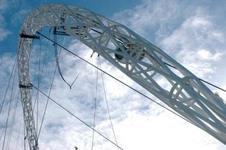 Multiplex has been awarded over £6m in damages and almost £2m in costs by the High Court in its epic battle with steel contractor Cleveland Bridge over the Wembley stadium fiasco.

In a significant defeat for Cleveland Bridge, Mr Justice Jackson ruled that it had to pay £6,154,246.79m of respect of overpayments previously made by Multiplex, damages for breach of contract on the project, which Cleveland Bridge walked off after a dispute in 2004, and interest.

The judge also indicated that Cleveland Bridge has to pay 20% of Multiplex's legal costs, estimated at £9m, which could mean paying out almost another £2m.

Delivering his verdict on the dispute, the first litigation on which began four years ago, the judge said he had “never before seen parties so devoted to litigation for its own sake.”

He criticised both parties for failing to agree a financial settlement after the first part of the trial concluded in 2006, when a verdict on preliminary issues ruled that Cleveland Bridge had been in repudiatory breach of contract when it walked off the project in the summer of 2004.

The judge said: “In 2004 Cleveland Bridge and Multiplex could have rapidly resolved their dispute…[but instead began] freewheeling downhill towards a precipice. At the end of March [2008, when no offer to settle could be reached] both parties bicycled over the edge of the precipice into an abyss.”

The dispute centred over Cleveland Bridge's £60m subcontract for steelwork, including the stadium’s signature arch. Multiplex claimed Cleveland was in breach of its contract because of delays and defective works.

Cleveland claimed Multiplex was in breach because it revalued the work, deducted payments and failed to agree a new programme after design changes.

The litigation began in 2004, and this latest trial to decide financial penalties started in March this year.