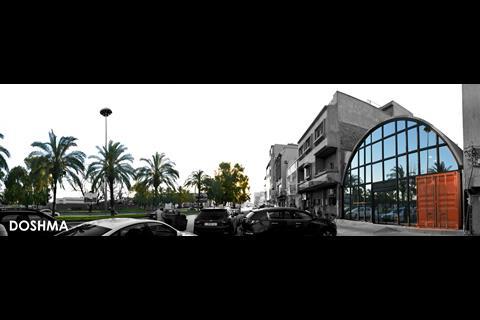 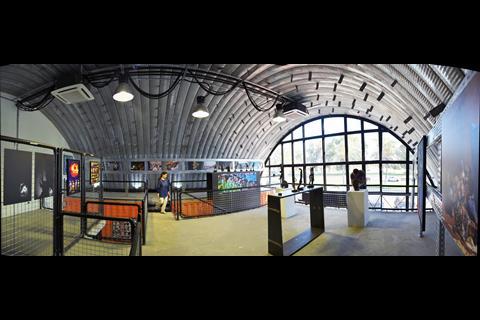 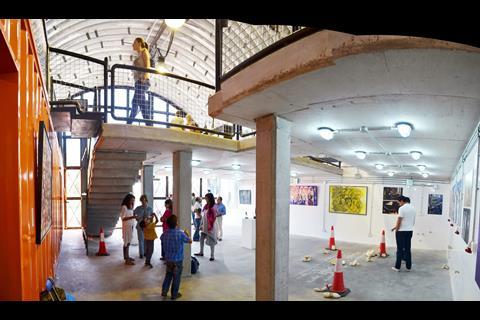 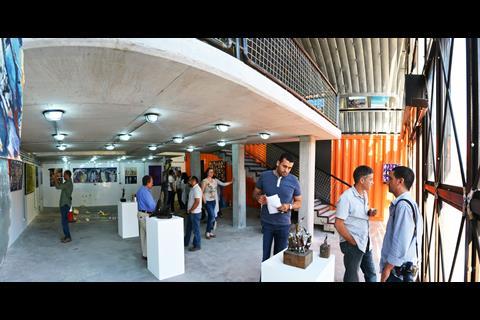 A new arts and cultural centre has opened in the heart of Tripoli, Libya

Work started on the project in July 2012, not long after the 2011 revolution, and the centre is hosting its first exhibition as a reminder of how far the country has come.

Construction is based around materials reminiscent of the revolution, with a large aluminium roof mimicking defences.

A smaller studio adjoining the centre is made from a shipping container used in the revolution to transport goods and aid.

The building has an all-glass façade, breaking up the concrete surroundings and allowing members of the public to see inside.

The designers describe it as “a symbol of the change in Libya that has grown from its contents”.

Omar Alelwani, chief executive of Hud Hud, said: “It is important to us to use local construction methods and materials. It’s a small development, but a significant step for Hud Hud and Libya itself”.

Walid El-Turki, chairman and co-founder of Libya Design, said: “Doshma is an architectural response to a country’s struggle.”

El-Turki worked and studied in the UK for over ten years and has been a full member of RIBA since 2009.