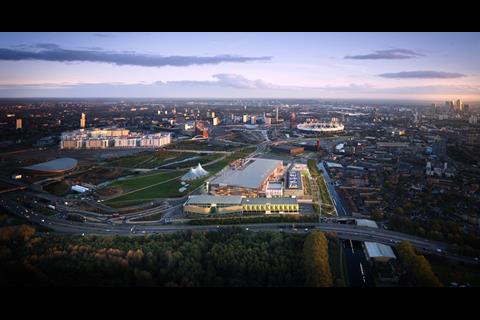 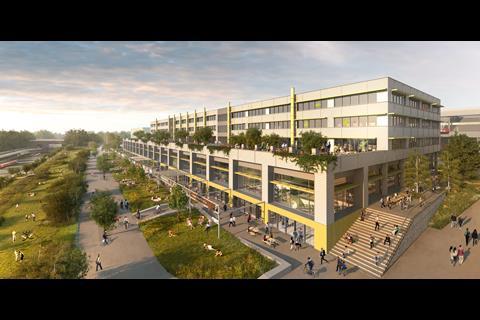 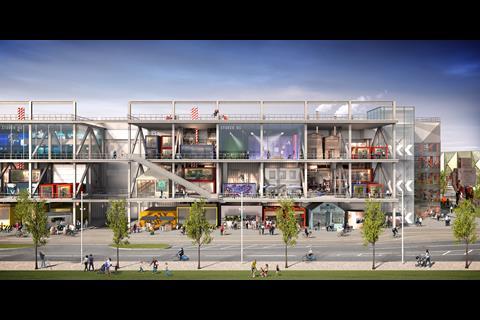 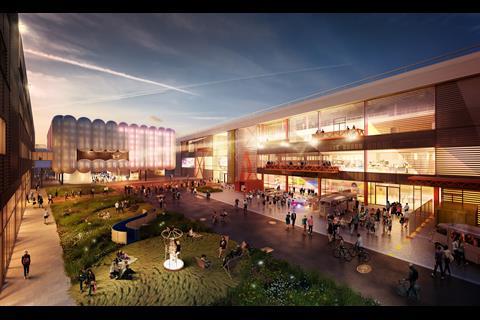 Revised plans drawn up by architect Hawkins/Brown to transform the former London Olympics press and broadcast centres into a ‘world-leading’ creative and digital cluster, have been submitted for approval.

The move came as the LLDC launched a search for a new development partner for two new neighbourhoods on the Queen Elizabeth Olympic Park, East Wick and Sweetwater, which together will provide up to 1,500 new homes.

The iCITY scheme will include a range of versatile spaces for individual start-up businesses to locate, a ‘yard’ for events, pop-up stalls and street food vendors and a 1,000-seat auditorium and is billed as creating more than 7,500 jobs.

LDDC chief executive Dennis Hone said: “We are delighted that iCITY has come up with such an innovative design for the conversion…This world class creative and digital hub will create thousands of jobs and training opportunities.”

Turning to the new neighbourhoods - located on the western edge of the park - Hone said that the development partner being sought could be a developer or consortium between developers, house builders, contractors, investors, registered providers and/or a specialist private rented housing provider.

The first neighbourhood to be developed - Chobham Manor - is being developed by the LDDC in partnership with Taylor Wimpey and London Quadrant.

Hone told Building: “This is the next two neighbourhoods, taken as one piece to market. We want a development partner who is in for the long haul – someone who will come in and look at this as a 20 year deal involving ownership after construction.

“We think we may get international as well as domestic interest in this. Our aspiration is to emulate the Great Estates of London but in a modern context. We want the best in London architectural styles.”

Hone added that the LDDC does not wish to be “prescriptive” about what type of development partner it is seeking and said he expected consortiums coming forward with different types of firms involved.

He also said that consortiums could bring their own consultants and that architects would not have to be on the GLA’s new framework to take part.