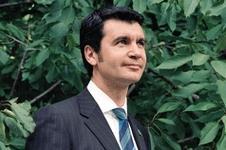 The government is to set up a private sector body to drive the move to zero-carbon housing by 2016.

In December the UK Green Building Council (UKGBC ) was charged with deciding the form and remit of a new body.

Paul King, chief executive of the UKGBC, said the government had agreed that the organisation should be led by the industry, despite receiving public funding.

King said: “There’s agreement that it should be a joint endeavour, and a feeling it should be independent of government.”

It is understood that the body is likely to have a private board and report to the 2016 taskforce. An announcement with further details is expected in the next couple of months.

The move comes as the government issued new technical guidance on the Code for Sustainable Homes this week.

Nick Jones, a director of green consultant Inbuilt, said the guidance appeared to make it easier for homes to reach the renewable energy target. He said: “Is this a strange choice of policy or the introduction of a new error at a time when they were trying to get rid of the old ones?”