New construction orders fell back in February after a record high in January, but remained higher than at any point in 2011, according to the latest Construction Products Association and Barbour ABI index.

The figure, though down 5% on January, is still the second highest recorded, and is 22% ahead of the February figure in 2011, backing up anecdotal evidence of greater confidence in the first months of 2012. The last three months have been the three highest since 2010, and are running 11% ahead of the previous quarter.

Kelly Forrest, senior economist at the CPA, said the figures reflected a growing confidence in the market since the new year: “It fits with what we’re hearing from our many conversations in the market, that clients are preparing themselves and getting ready to push ahead quickly with schemes.”

Balfour Beatty continued its dominance of the contractor league tables in February, with a £57m win for the second phase of Axa Real Estate’s Sixty London scheme. Balfour topped the league tables for new work both with civils work included and without, but its dominance was due to increasing success in mainstream construction.

For building work only it won £206m of contracts, up 17% on last month, but the value of civil engineering orders fell - to just £23m compared to £100m in January.
Vinci put in another strong performance, with the construction of a £34.2m Life Sciences building for Bristol University and a £41m contract for 900 student flats for UPP.

Kier’s performance fell back following a strong January, with just £88m of work done in February, down from £160m in January. 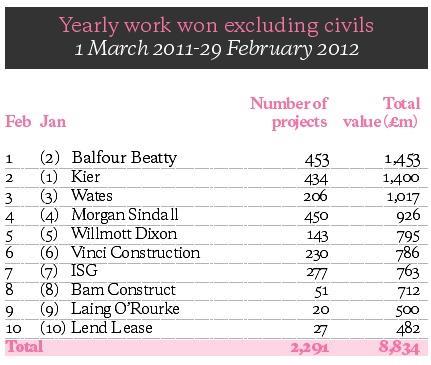 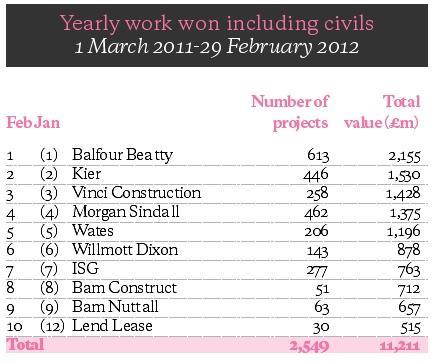 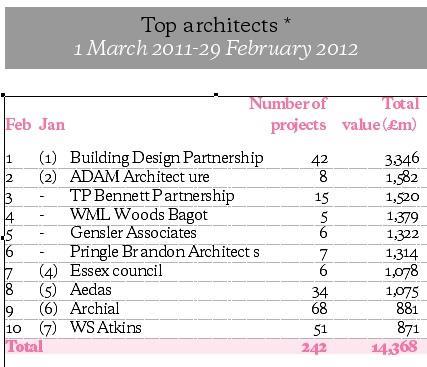 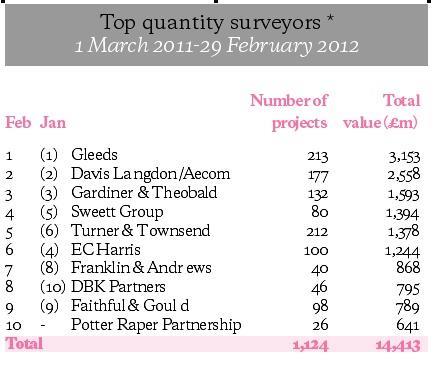