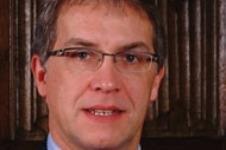 Mark Andrews has £76m in the bank, but warns that industry faces a rough ride from government

On the plus side, the M&E specialist, which has a growing professional services arm, boosted turnover by 14% from £525m to £600m.

The bottom line makes for more awkward reading: it shows a £10.8m loss compared with a pre-tax profit of £8m the previous year. Andrews partly blames accounting rules for this and is concerned that the headlines may not tell the whole story. “It’s a frustrating set of numbers,” he says. “What’s hard to take is that the profit depicts a much worse picture than is there.”

He has a point, although he isn’t trying to convince anyone that the company will have an easy ride over the next few years.

Three accounting factors pushed the company into the red for the year to 27 February 2009, including a £12.1m loss on its investments in the equity and bond markets.

Then there was a £5.8m top-up to the pension fund, which had gone from a surplus of £6.3m to a net deficit of £20.9m under new and more transparent accounting rules.

Add to that a £7.9m goodwill writedown on acquisitions, including a £5.6m hit on the £8.5m purchase of telecom firm Teswaine Business Communications in November 2004, and you can see why Andrews feels the need to attach so many riders to his summary.

But there were self-inflicted injuries too, one of which was in the Scottish arm of its £500m-turnover building services division. Andrews says: “We had a handful of school jobs where the responsibility and scope were not properly recognised. There was a writedown of a couple of million quid. It was an own goal.”

Another own goal, he concedes, was not keeping close enough tabs on the Bailey Maintenance operation, which he says took on jobs “at levels where you couldn’t make money”. Most of the management team there has since been replaced.

And the global financial meltdown played its part; Bailey was three weeks into a job for Bear Stearns when the bank collapsed and deprived it of £7m.

But does he regret not going into the Middle East when times were good to help balance things up? Not that he’ll admit to. “Anybody that thinks the Middle East is a Nirvana that is counter-cyclical to the UK is deluding themselves.”

The good news is that the company ended the year with £76m in the bank. Although the controlling Bailey family were not thrilled with the loss, they were able to take a longer-term view than the shareholders of a plc.

There were also positive signs at the rail business, which Andrews hopes will double in turnover to £50m in two years, and the firm’s off-site building services doubled to £10.1m.

Figures for this year are more difficult to predict and Andrews says he’ll be pleased if turnover stays above £500m. He says: “The Learning and Skills Council (LSC) debacle shows how difficult projections are. We were lined up to work on half a dozen colleges when the plug got pulled.”

As a result of the drop in work, the firm has cut staff from about 3,990 to 3,600 since the start of the year and put a handful of people onto a four-day week.

He says he’d love to see the LSC work restart but is gloomy about the bigger picture. “This industry needs capital expenditure to keep going but it will keep getting throttled. If the Tories get in, the concern is that they’ll throttle things faster.”

As the boss of a private firm, it’s the kind of concern Andrews can air in public while those in charge of plcs can only whisper in private.

Buying companies
“If the right opportunity came along. It’s risky buying companies in distressed situations but we would most likely buy in the professional services market.”

The Tories
“They are reluctant to say what their policies are so it’s a voyage into the unknown. There is a dialogue between the Tories and the industry but there isn’t sufficient detail for companies to be able to make decisions.”

The shareholders
“We have three members of the Bailey family that work for me and sit on the board. The option for one of the family to take over is there provided they have the right business skills to do the job.”