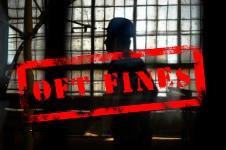 Civil engineer and contractor North Midland Construction has announced revenue is 30% below budget as it continues to battle through the recession and that it is seeking legal advice over its Office of Fair Trading (OFT) fine.

In an interim management statement covering 1 July 2009 to 30 September 2009 released today, the group said the current economic climate remains “extremely challenging with reduced tendering opportunities, particularly from the private sector, and very tight margins”. It added that legal advice is being sought with regard to the OFT ruling that it should be fined £1.5m following the investigation into cover pricing among UK construction firms.

It added though that it has recently secured several new contracts, providing a workload for 2010 of £15m. Revenue for 2009 will be about £14m, with profitability significantly below the 2008 result.