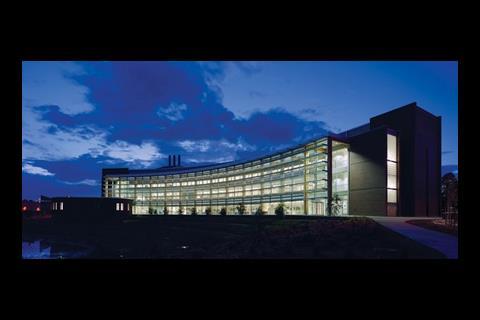 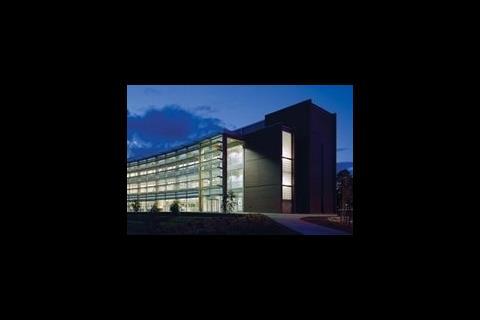 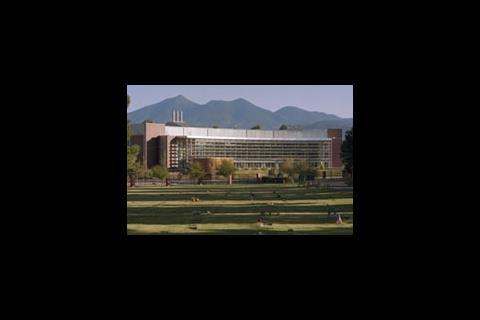 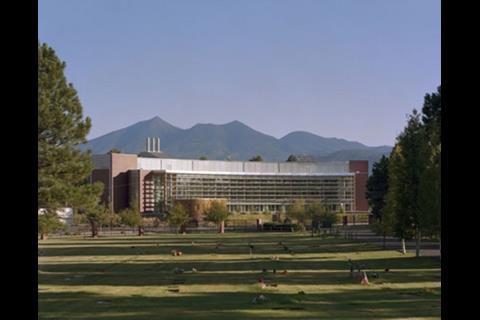 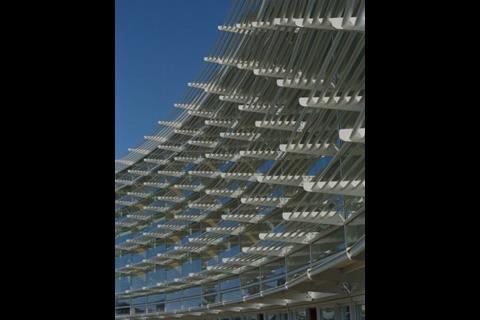 Sustainable architect of the year at the Building Sustainability Awards 2008 Hopkins owes its success to this bold project in America. The research building is one of the most environment-friendly in the US

What makes this research centre in Arizona so suitable for its environment? The triple-glazed windows, the photovoltaics and the automated shades are all impressive. But the real kicker is the flood detention basin around which the building is designed.

“The area gets incredible annual storms,” says Mike Taylor, project architect at Hopkins Architects. “The detention basin avoids the forms of flooding that the area used to suffer from. Students have been known to take to canoes during the wet season.”

The other environmental features of the Northern Arizona University’s Applied Research and Development Centre are not to be sniffed at. The $25m (£12.6m) building stands on a concrete frame that stores heat in winter and solar gain in summer. The south-facing arc of the building captures winter sun and minimises solar gain through blinds and louvers.

A third of the rest of the building is constructed of recycled materials and cooled with underfloor air distribution. As a result, the building uses 89% less energy than a typical building of its type, hence its achievement of LEED (the US equivalent of BREEAM) Platinum status. In fact, the centre is one of the highest-rated buildings ever under the LEED system.

The fact that the building is a state university makes Taylor particularly happy. “Given that we did this on public money and tighter budgets, it was a very big deal for them,” he says.

The 1,830m2 building was engineered by Arup, Hopkins was the architect and Tucson practice Burns Wald-Hopkins was executive architect.