Northern Ireland under fire for u-turn on renewables plan 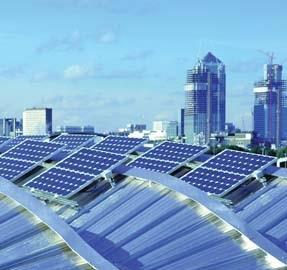 The Northern Ireland executive finance chief Peter Robinson has been heavily criticised by the construction industry for his recent u-turn that reverses the government’s earlier pledge to make on-site renewables compulsory for new build.

Darrell O’Kane, housing account manager for VELUX Company, said: “This latest move totally undermines the government’s earlier commitments and is at the cost of the environment and Northern Ireland’s homeowners.”

He said the move is both “irresponsible and misguided”.

O’Kane said the installer industry had been gearing up to offer developers a range of solutions since the regulations were announced.

He also added that the government’s suggestions that a policy to ensure all new buildings should incorporate microgeneration could limit developers’ flexibility, are totally unfounded.

He said: “This recent decision not only goes against wider government plans to improve the energy efficiency of new homes but it leaves much of this new industry vulnerable to a significantly lower demand than was first anticipated.

He said it contradicts the government’s wider plans to ensure all new homes are carbon zero by 2016.”