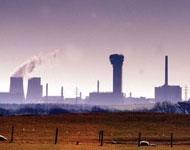 The government plans to subsidise the construction of a new wave of nuclear power stations with a tax on household bills, according to reports.

Despite repeated pledges from ministers that the nuclear industry would receive no public subsidies for new plants, the Guardian newspaper says it has uncovered plans to impose a levy on electricity consumers. The levy would add around £44 to an annual bill of £500, it says.

The government is said to have become concerned that power companies such as E.ON and EDF will be put off building nuclear plants in the UK because of the expense of construction amid falling energy prices.

By raising the cost of electricity generated by “dirty” power sources through an additional carbon levy, it is thought nuclear could become more competitive.

The government denied there were current plans to introduce a carbon tax but did not rule it out for the future.