The proportion of architects and design professionals who want to leave their job this year has gone up to nearly half.

And the number who feel valued at work has fallen since the start of the pandemic, according to new research. 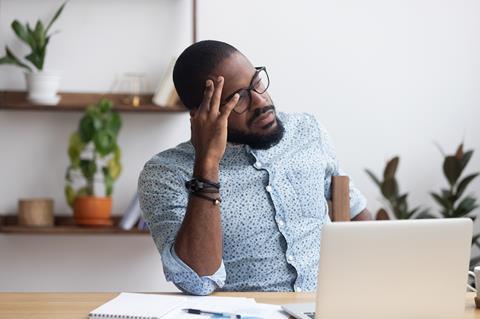 The research was carried out by specialist recruitment firm Bespoke Careers in the first quarter of the year among 879 professionals in the UK, Australia and US.

It found that 47% of the British architects surveyed plan to leave their job this year, up from 36% before the pandemic. The itchy feet are most pronounced in the US where 61% plan to quit this year.

There was a marked difference between the experience of men and women, worsened by a 10% drop in the number of women who reported feeling valued by their employer in the last year.

The main reasons given across the board were frustrations over pay, career progression, work-life balance and, in the UK, long-hours culture. Pay and work-life balance were the main attractions to new jobs, with design quality of a prospective practice’s projects relegated to the very bottom of the list at 3%.

The research found the proportion of women who were satisfied with their career prospects fell 10% last year to only just under a third. The figure for men was 41%.

Further gender disparities were evident in the proportion of staff who did not have an appraisal in the last year – 57% of men and 65% of women globally.

:: Pay cuts – In the UK 47% took a pay reduction last year – much higher than the 36% in both the US and Australia. The vast majority said the cut was compulsory and did not reflect a reduction in working hours.

:: Pay rises – More than three-quarters of architects across the three nations did not receive a pay rise in the past 12 months, compared with 42% in the previous survey.

:: Dissatisfaction with pay is much worse in the UK. 60% of Brits were dissatisfied or very dissatisfied with their remuneration.

:: Long hours - Globally 44% said the amount of working evenings or weekends had increased since the start of the pandemic – an experience that was worst in the UK at 53%.

:: Holiday – Only 33% of respondents took all their holiday last year; down from 55% the year before.

:: Priorities - More than half of UK and US respondents said their career priorities had changed since the pandemic started.

:: Mental health - Only 28% felt their employer was taking care of their mental wellbeing.

Lindsay Urquhart, chief executive of Bespoke Careers, said: “The last year has been tough for everyone but lack of holiday being taken, regularly working overtime and not feeling supported by their employers are all things which will negatively impact staff welfare if continued in the long-term.”

She advised practices to take the findings to heart if they want to retain their best staff and not lose good people to rival firms – or to burnout.