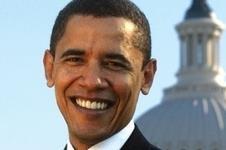 European initiatives could form template for US legislation

The Obama administration is to turn to the UK and Europe for advice on how to regulate green building in the US.

A steering group on climate change, energy and sustainability that will form environmental strategies for Barack Obama, who was inaugurated as president on Tuesday, is considering implementing UK initiatives such as the Climate Change Act and the Code for Sustainable Homes.

The discussions, held in Washington DC last week, were attended by the president himself, who gave a brief speech, as well as by academics, civil servants and policy advisers.

Douglas Crawford-Brown, a senior sustainability adviser for UK engineer Pell Frischmann, and a former adviser to the US federal Environmental Protection Agency, attended the meeting. He said: “The Code for Sustainable Homes was discussed, as well as the climate change legislation in the UK and EU. This administration recognises that the US is behind the curve on sustainability and the UK and Europe are ahead.”

The Code for Sustainable Homes aims to make all new homes zero carbon by 2016, albeit without a clear definition of the term thus far. The Climate Change Act is thought to be the world’s first legislation to set enforceable targets for greenhouse gas cuts.

Obama’s inauguration speech included a renewed commitment to green infrastructure spending and combatting climate change. He said: “We will build roads, bridges, electric grids and digital lines. We will harness the sun, wind and soil to fuel our cars and run our factories.”

Crawford-Brown said there was rising recognition that federal legislation was needed to lower carbon emissions. At the moment it is regulated at state level.

He said: “What the US government wants to do is stimulate movement towards green building. One strategy for the recession is investment in green infrastructure.”

According to bank Dresdner Kleinwort, that investment could be as much as $550bn (£393bn).