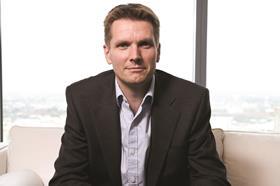 Four of the most senior figures responsible for the delivery of infrastructure at last year’s Olympic games are launching a business to advise clients of megaprojects around the world.

The business, to be called Trivandi and launching this week, will be led by four senior figures from the London Organising Committee of the Olympic Games (Locog), including James Bulley, director of venues and infrastructure, who was ultimately responsible for transforming the Olympic park from a construction site into an operational venue.

Bulley says the firm, which will be providing strategic advice as well as aiding delivery capabilities, will aim to grow to 50 UK and international staff in three years and will be particularly focused on the logistics of joining up construction programmes with the operational requirements of major event venues.

He said the construction industry had not yet grasped an opportunity created by the Olympics, to work in joint venture with the events industry over the delivery of major temporary structures.

He said Trivandi would not limit itself to working on construction around major events and was looking for a role planning and advising on major global infrastructure projects.