Olympic protest to call for public ban on blacklist firms 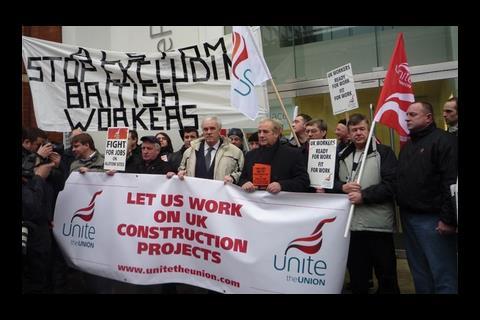 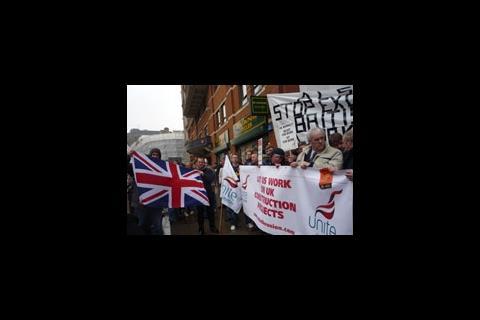 Workers demand that subscribers be punished, as victims claim up to £200,000 in compensation

Union workers are planning to hold a demonstration at the site of the Olympic park over the employment of contractors linked to the blacklisting scandal.

Members of the Unite union decided on Monday to take action as a number of contractors that subscribed to the blacklist are employed on the Olympic site. These include Balfour Beatty’s M&E subsidiary Haden Young.

This was on the same day that the Information Commissioner’s Office started to confirm which workers were on the blacklist and to release files to individuals.

The demonstration will take place at a main entrance to the site in Newham, east London, on 6 May. “The publicity generated by demonstrating on a big site like this will hopefully make Whitehall finally sit up and take notice,” said one member. “It’s a disgrace that firms who used the list are still working on public projects. We have to make sure that none of them continue to use the information they have on these workers.”

The action follows industrial unrest at power station sites over the alleged exclusion of British workers from certain jobs. Union sources said the Olympics demonstration would also be used to highlight the issue of foreign labour. Another protest is scheduled for the Isle of Grain in Kent on 24 March.

Workers hoping to seek legal action against those who used information about them have started consulting lawyers.

Steve Acheson, a Unite branch official, said that his file was 22 pages long and that over the past nine years he had only worked 36 weeks on jobs covered by the Joint Industry Board for Electrical Contracting. He is considering suing the firms who provided the information in his file for a financial loss of more than £200,000.

Alan Wainwright, a former regional resources manager for a major contractor who was involved in uncovering the blacklist in 2006, has sent a dossier of evidence to his MP which he has been told has now been forwarded to justice secretary Jack Straw which he says includes details on senior trade union officials and company directors.