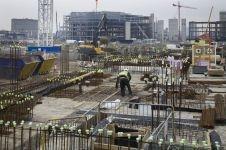 The Olympic Delivery Authority (ODA) had asked for a further £231m of the £2.2bn contingency fund to bankroll the £850m athletes’ village scheme, which stalled last year after developer Lend Lease admitted it was unable to raise the development finance.

This is on top of £95m which has already been signed off to enable work on the project to get started. It is understood that Lend Lease is proposing to raise just £150m of the cost.

A further £135m has been released to pay for the media centre project. Plans to move part of it to Westfield’s Stratford City scheme have been dropped, and the structure will now have a 20-25 year life, rather than being wholly temporary.

A replacement scheme for the original £385m Igloo-Carillion development has been priced at £355m. However, because the original scheme was part developer-funded, and the new scheme will be wholly paid for by the ODA, the extra money from the contingency is needed. Carillion will still build the scheme as contractor.

The new scheme, by commercial space architect RPS Burks Green, was presented to the Olympic Planning Committee last week and is proving controversial. A source close

to the committee said: “Members were thoroughly unimpressed by the quality.” Work on the media centre is due to start in the spring.