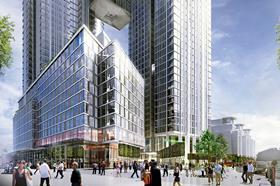 The Chinese developer of the £400m One Nine Elms development has confirmed the project team that will lead the massive regeneration scheme.

Wanda One (UK) said this week it had appointed architect KPF to the development, along with project manager Second London Wall.

The development sits on the Thames riverfront at the eastern end of the Nine Elms regeneration area, near Vauxhall Bridge.

Wanda One (UK) is the subsidiary of China’s biggest property investment and development company Dalian Wanda, and has been set up to deliver One Nine Elms.