Osborne’s infrastructure business is set to be snapped up by London investment firm Sullivan Street Partners in the latest of a string of construction industry acquisitions.

The family-owned contractor, civil engineering and property maintenance business has agreed to offload Osborne Infrastructure Ltd for an unknown sum.

It follows last month’s deal by CBRE to buy 60% of Turner & Townsend for £960m and Tetra Tech’s takeover of M&E consultant Hoare Lea.

Osborne Infrastructure will continue to be led by current managing director John Dowsett, who will be appointed chief executive. 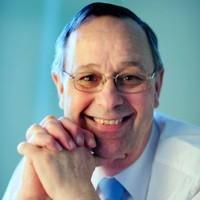 David Fison, former chief executive of Skanska UK and of the Osborne Group, will join the business as chairman.

Dowsett said the takeover would help the business achieve the growth ambitions set out within its business plan.

Osborne chief executive Andy Steele said that the sale was an “exciting milestone” that would provide the group with “greater clarity of purpose”.

“Having secured the very best sponsor for Osborne Infrastructure Ltd, we now have an amazing opportunity to prioritise our investments and focus our energy and resources into becoming market leaders in the residential and education sectors.”

Osborne Infrastructure specialises in rail and highways, with clients including Network Rail, Highways England and Transport for London.

It sits on several frameworks, including Highways England’s CDF framework and Network Rail’s IPSF framework, and has completed more than 200 bridge schemes.