Over £200bn in the pipeline but outlook is still subdued, CPA says

More than £210bn of construction work is set to get under way over the next two years, the latest forecast from the Construction Products Association has revealed, although activity will dip in 2020. 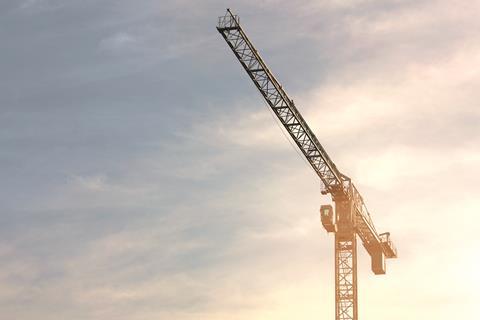 Around £41bn of new housing work is set to get under way in 2020, with £35bn coming from the private sector and £6bn from the public sector. This represents a slight contraction of 0.6% in new housing activity compared with 2019.

The commercial sector is expected to produce the most work outside housing, with £26bn of work forecast for this year. But this signals a 4.2% drop from the amount that hit the market last year and is the third year in a row that commercial workloads have fallen.

The CPA said there was still not enough long-term certainty for investment in the largest tower and mixed-use projects, despite the Conservatives winning a majority and parliament passing the EU withdrawal bill. Even if more long-term certainty was established, it would take time to filter through to the biggest projects, although some benefit would be seen sooner.

It said: “The lag between new orders and output on the largest offices projects averages 12 to 18 months, indicating that even a significant upturn in new contracts signed would only see activity on the ground towards the end of 2021.

“However, long-term certainty would still suggest a short-term boost to activity in the commercial sector as medium-sized projects currently on hold would be able to start relatively quickly.”

Infrastructure is also forecast to produce significant workloads, with the pipeline expected to increase by 3.4% to £23bn this year and another 5% to almost £25bn in 2021. The CPA said it was not particularly concerned about HS2 being abandoned as, even in the light of this week’s leaked report, the prospect seemed unlikely.

It said: “Long-term concerns regarding the future of HS2 remain, although cutting back at this stage appears difficult given that key areas for cost savings would be either the costly Old Oak Common to Euston section, which is already under way, or the northern section that is deemed politically vital.”

All construction work, including repair and maintenance, is expected to be worth £161bn this year, a 0.3% dip in output before bouncing back by 1.2% to £163m.