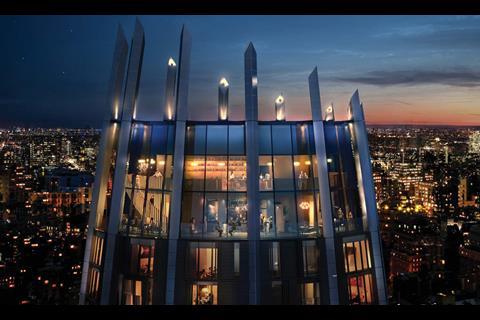 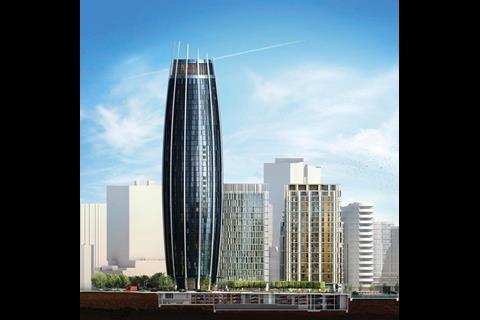 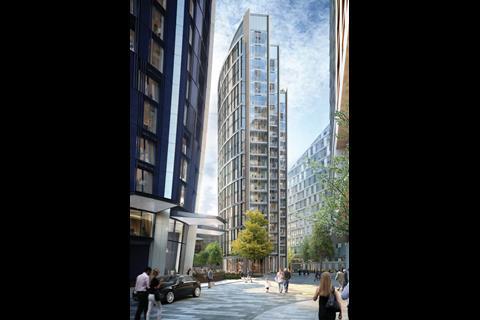 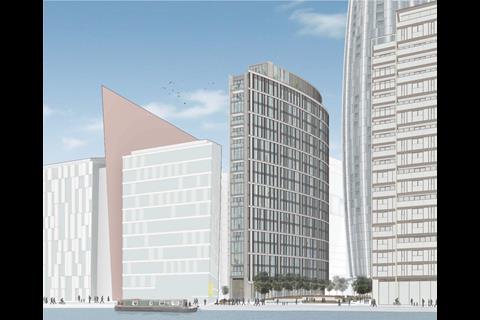 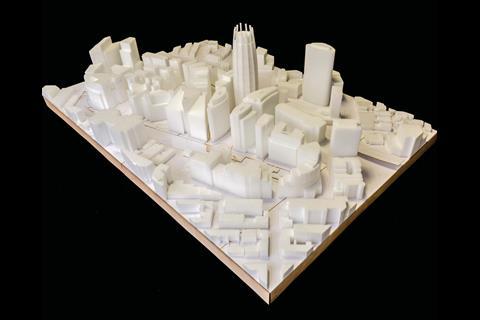 Model of the Paddington Basin area 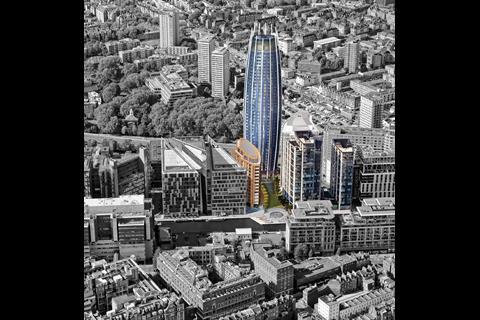 The Paddington Cucumber and its sister block as originally approved 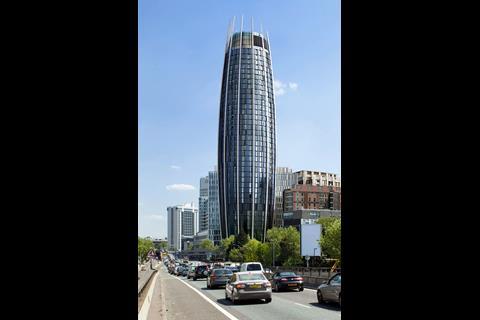 A 42-storey tower nicknamed the Paddington Cucumber has been given the green light by Westminster planners.

Officials at the city council gave the west London scheme, officially known as 1 Merchant Square and drawn up by Robin Partington & Partners, the all clear at a meeting last night – more than seven years after the scheme originally won outline consent.

Other firms working on the scheme, which will be the tallest building in developer European Land’s Merchant Square development, include QS Arcadis, M&E engineer Hoare Lea and environmental impact consultant Aecom. Structures consultant is WSP.

The latest incarnation of the project is externally identical to the earlier scheme but drops a planned hotel element for more homes.

But a sister block that forms part of the same application is completely different to the originally approved scheme that Partington & Partners – which last year rebranded as Apt – designed for a site to the north of Paddington Basin.

That structure, known as Building 6 in the Merchant Square masterplan, has increased in height from 15 to 21 storeys. Both buildings will share the same 0.63ha development site and a three-storey basement as planned in the earlier incarnation of the scheme.

In total, both towers will deliver 426 new homes, up from the 341 proposed in the earlier version of the scheme. While the Paddington Cucumber’s originally-planned seven-floor hotel element is omitted, proposals for a two-storey sky bar remain.

Recommending the revised scheme for approval, Westminster planning officers said London mayor Sadiq Khan had not raised any concerns about the new design of Building 6 or its impact on nearby heritage assets – which include the grade II*-listed St Mary’s Church and Paddington Green Conservation Area – in his Stage 1 response to Westminster.

Because of the scheme’s size, Westminster’s latest approval still requires the final endorsement of Mayor Khan.

The Merchant Square scheme consists of six buildings with both Laing O’Rourke and Mace having previously carried out work there.