The impact of the covid-19 pandemic sent M&E contractor NG Bailey tumbling into the red last year as the firm said it spent more than £12m on redundancies and topping up the salaries of furloughed staff.

In its latest report and accounts, the firm sank to a £4.4m pre-tax loss in the year to 26 February 2021 from a £20.5m profit last time. Turnover was down 11.5% to £507m as the firm said some jobs were delayed or cancelled completely because of the pandemic. 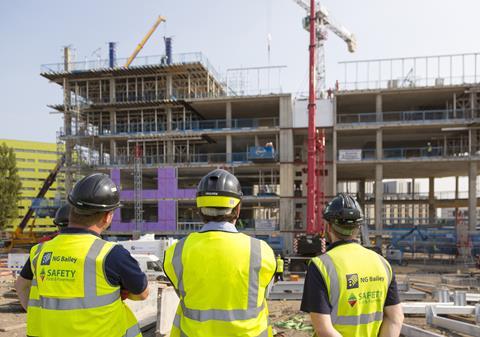 NG Bailey was handed more than £7m in furlough payments, the firm said in its latest report and accounts

It said it racked up an exceptional items bill of more than £12m, which included redundancy payments and the cost of topping up salaries of furloughed staff, although some of this expense was offset by the £7.7m it claimed from the government’s Coronavirus Job Retention Scheme.

NG Bailey, which worked on several Nightingale hospitals including those at Manchester and Harrogate, said the job cuts had been made “in line with forecast activity levels in the short to medium-term following covid-19”. The firm declined to say how many roles had been axed.

But it added that average headcount remained flat at around 3,200 because of a later recruitment drive for several “significant” contracts.

According to the report and accounts filed at Companies House for Its biggest business, engineering, the division saw turnover fall 12% to £294m with the business racking up a £10.2m pre-tax loss in the year to 26 February 2021 from a £16.6m profit last time.